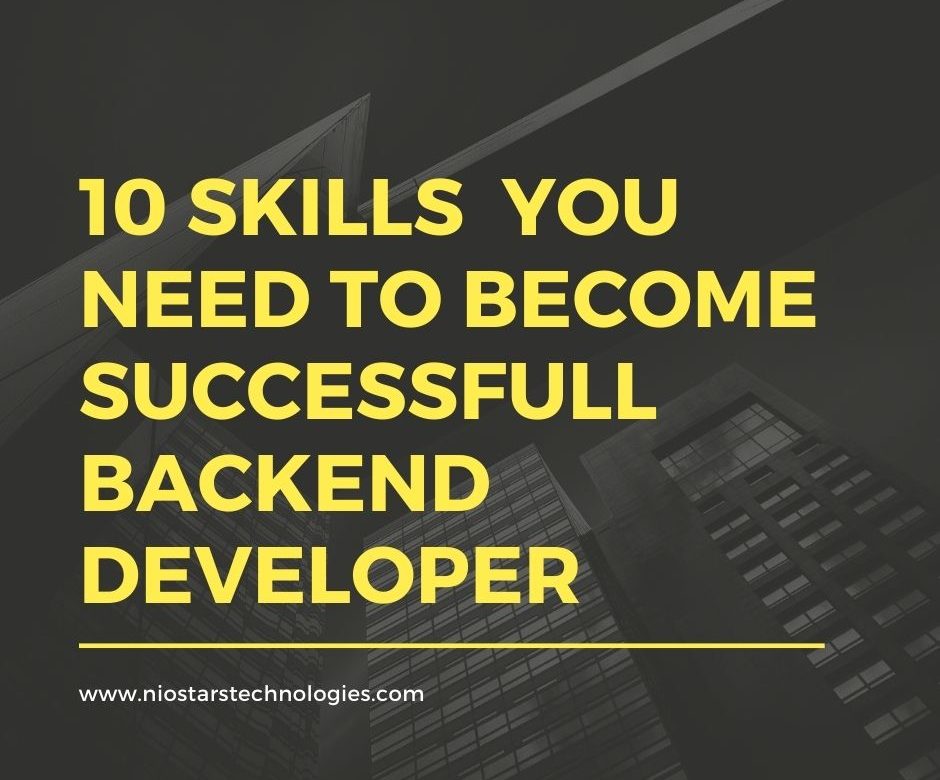 What is Backend Development?

Back-end Development refers to the server-side development. It focuses on databases, scripting, website architecture. It contains behind-the-scene activities that occur when performing any action on a website. It can be an account login or making a purchase from an online store. Code written by back-end developers helps browsers to communicate with database information.

Work as a Back-end developer needs high stamina. Curiosity, eager to learn, diligent and work hard, love with what we do and tenacious are some characters could help the job is enjoyable. Sometimes there are some tasks are difficult to solve or time availability is so limited makes the work is stressful. The above characters and some soft skills such as good communication, able to work individually or in a team and discipline hopefully can help Back-end developer able to make reliable software

There are three types of web developers:

Back-end developers are responsible for building out the “server side” in web applications.
If you want to be a back-end developer, here are some of the skills you need to know to be in high demand: 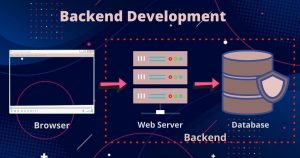 Python : Python’s versatility has made it a fast-growing programming language. Moreover, the syntax of Python is comparatively easy to understand than other programming languages. The major application of this language is its usage cross-platform, simple web development, shell scripting, and quick automation.

Python has a very simple syntax and comes up with better code readability aspects that subsequently make it easy to learn and use. Several popular Python web frameworks to you can take into consideration are Django, Flask, etc.

The companies that make use of Python : Pinterest, Netflix, Mozilla, Pandora, Uber, Google and Quora.

PHP : PHP, or  Hypertext Preprocessor, is one of the most common and usable server-side languages in the development sector, Unlike Python and Java which automates tasks for developers. PHP interprets programming instructions (among other things) to automate routine processes and improve an application’s performance.

What you can do using PHP:

Java :  Java is a portable, high-performance language used specifically for object-oriented programming. Java has have a good reputation as a multipurpose programming language. Java is used for desktop, web, and android development. Even if you love new technologies, languages, and frameworks, you cannot ignore the importance of Java. There are numerous frameworks available today that are based on Java. Spring framework is the most versatile framework used popularity by developers.

What you can do using Java:

Backend development is all server-side development, which makes knowledge about servers pretty important. Every web application that you see today runs on a remote PC called a server. On the internet, the term “server” is commonly used to refer to the computer system that receives requests for web-based files which includes HTML, CSS, JavaScript, etc., and sends those files to the client. Since servers are the most commonly used medium to deliver important services, most servers are never turned off. This part of the servers makes it an essential element for a backend developer to learn about. Some examples of the servers are Apache, Nginx, IIS servers, and Microsoft IIS.

Knowledge of various DBMS technology is one of the important Backend developer skills.

A few common database management systems that are good for backend developers to be familiar with are:

All of these tools are used to handle large amounts of data, and they also use cache for individual users’ small data.

An Application Programming Interface (API) is a tool set that programmers can use in helping them create software. A good API will have clear and concise commands that a programmer can use and reuse, so they don’t have to build everything over again. When you use your phone to order something from Flipkart, for example, you’re actually connecting to Flipkart using an API. APIs play an important role in the creation of server-side architectures, sometimes replacing more complex and complicated programming to allow software to communicate.

Git is a free and open source distributed version control system designed to handle everything from small to very large projects with speed and efficiency. It is actively maintained and open-sourced, created by the same founder of the Linux operating system. Backend developer with a working copy of the code can easily access the full history of what changes have been made, making it easy to edit and restore the code. Among any back end developer skills list, Git is one of the most high-performing, flexible, and secure. That’s why knowledge of a version control system like Git is helpful. Through a version control system, you can easily access, edit, and restore code.

There are very little OS knowledge you need to know to enter the world of backend development world. However, to be efficient at debugging, trouble shooting performance regressions and all kinds of wired issues, you will eventually learn to use all kinds of tools to boost your productivity.

Backend development can be challenging, and that makes it an ideal career path for people who love problem solving. In a lot of ways, you can consider a backend developer to be the problem solver for a website, so curiosity and a passion for fixing problems are important skills to have as you begin.

Backend developer should be research oriented because Knowledge is limitless. Successful Backend developers are always on the lookout for new technological advancements and keep themselves up to date. A good practice for backend developers is Error/Exception handling. Making sure your program works in all conditions is key to a successful implementation.

Good communication skills and interpersonal skills helps in the development of greater understanding and beliefs among individuals, inspiring them to cohere to the concepts and ideals fixed in them by their leader. Sometimes there are some tasks are difficult to solve or time availability is so limited makes the work is stressful. The above characters and some soft skills such as good communication, able to work individually or in a team and discipline hopefully can help Back-end developer able to make reliable software. 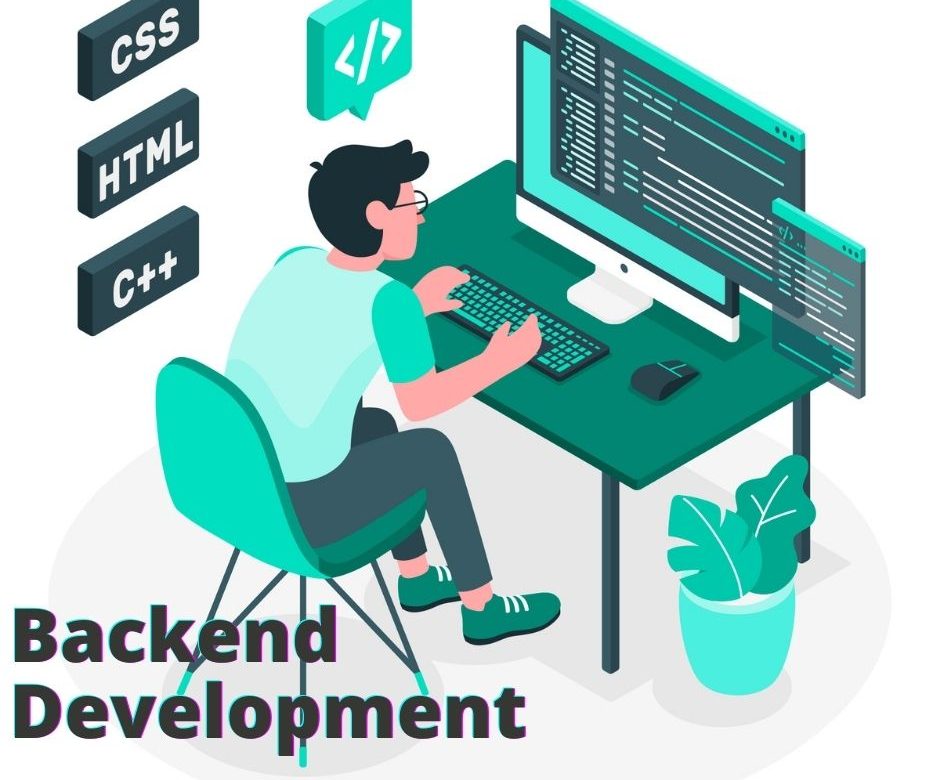 What is Backend Development :

Backend is the server-side of the website. It stores and arranges data, and also makes sure everything on the client-side of the website works fine. It is the part of the website that you cannot see and interact with. It is the portion of software that does not come in direct contact with the users. The parts and characteristics developed by backend designers are indirectly accessed by users through a front-end application. Activities, like writing APIs, creating libraries, and working with system components without user interfaces or even systems of scientific programming, are also included in the backend.

Backend developer focuses on databases, scripting, and the architecture of websites. Code written by back-end developers helps to communicate the database information to the browser.

Most common example of Backend programming is when you are reading an article on the blog. The fonts, colors, designs, etc. constitute the frontend of this page. While the content of the article is rendered from a server and fetched from a database. This is the backend part of the application.

Back end frameworks include:

Intuitively, the other side of backend development is the front end.

The key difference is that while backend developers build how a website functions, front-end programmers build and design the interface, determining how the site looks to users.

Backend web development lays the foundational code that enables websites to process the actions that users take on the front end and deliver the correct information in return.

There are also full-stack developers, who can work with both backend and front-end technologies. They’re the jack-of-all-trades of the programming world.

Nio Stars Technologies is recognized as a top backend development company because we are all-inclusive in catering backend technologies. With industry’s standard practices and best-in-market resources, we’re able to achieve a 100% success ratio in backend services.

Backend development is one of the vital components of the application. It helps in the process and manages data for the web and mobile app. We at Nio Stars Technologies use modern and trendy technology that produces the user-friendly experience combated with better performance. With modernization 2021 that provide excellent web frameworks such as CodeIgniter and Django. They are gaining more speed, and with the latest innovation, they are proven to build one of the greatest management platforms with Composer.

Backend development lets you meet your user demands and rank high among the toughest business competitions since it is how your web/mobile application functions. Develop your mobile app and web application’s backend with us and let your app customizations be worry-free with us. 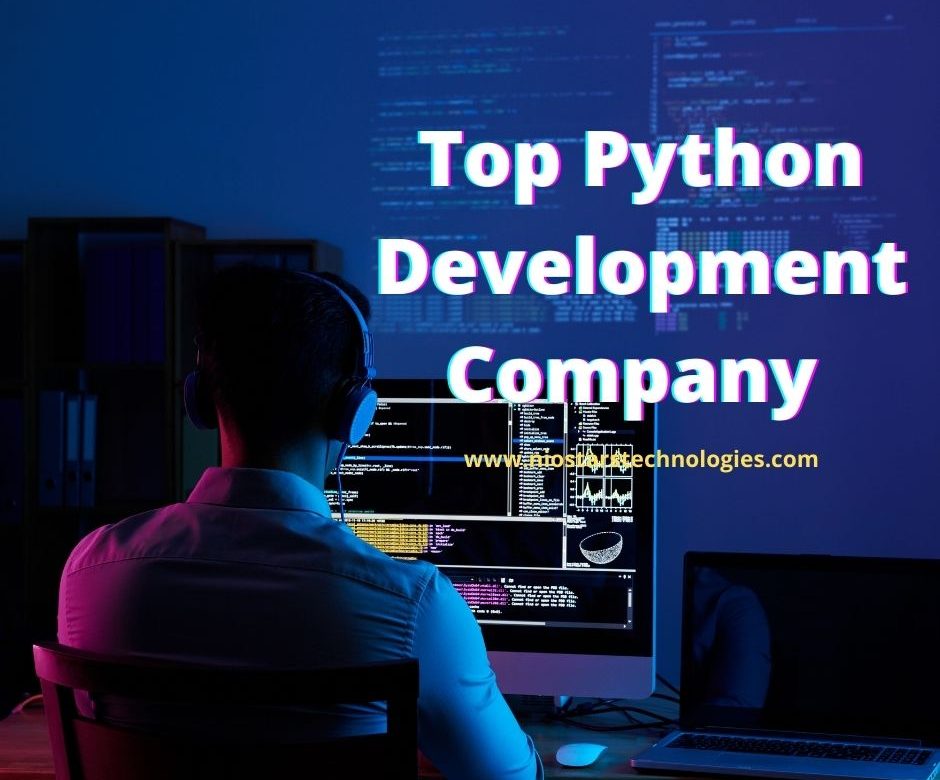 We provide custom web-based solutions using Python. Python is an interpreted high level general purpose programming language. Being a general purpose programming language, Python is still spreading its charm in the world of emerging technologies. It can be used for various purposes like web and software development, machine learning and data science projects, and so on. We an Award winning Python Web Development Company based in the India and USA that serves globally. Our Python Custom Development helps enterprises understand user behavior better and expectations at every level. 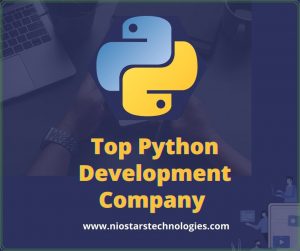 At Nio Stars Technologies, you get a fusion of incredible abilities, strategic approach, and detailed insights to help you create a beautifully designed website to engage your customers. We have a decade-long experience our development team has successfully delivered intuitive python-based applications that belong to different industries. our python developers use the programming language’s capabilities to complete complex tasks with only a few lines of code, allowing you to get the product to market faster.

Nio Stars Technologies LLP is a leading Python Development company that creates Python web applications using technologies such as Pyramid, Django, Flask, and others. We have a strong team of Python experts who have worked with clients globally. For each project, the company assigns a full-time software development team. It guarantees on-time product delivery and provides various interaction models depending on the requisition.

We provide Python web development services to clients across the world. It has served some of the fastest-growing startups, brands, and many fortune companies. When you’re looking for the best Python development business, you want to make sure that they can meet your needs. There are millions of Python companies around the world, but choosing the right one for your needs will make a significant difference in the quality of your products.